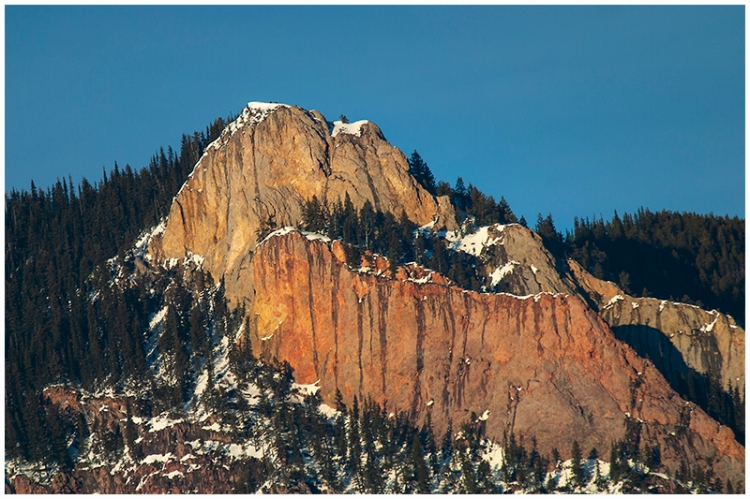 Red on the mountains. The melting snow causing streaks.

Every season’s has it’s own colours. Ones that only show up once a year. Ones that can’t be photographed no matter how hard you try. They happen near the edge of mountains at sun up. Or the way the ice turns deep blue before it turns over and sinks to the bottom in spring.

Kingfishers on dried Mullein. The female, left, is more colourful than the male.

It seemed the winter was a long one. We had an early fall snow and then nothing much until February. Still we had it all. Just not spread out. Some cold temperatures dipping to -30°c and staying there. Snow, mostly in February, but not much overall.

Storms depending on where you stand.

The frost is coming out of the ground. There’s still patches of snow in perpetual shade. That comes with mountains.

March full moon on the rise clearing the ridge.

The garlic should be popping up soon, along with self seeded lettuce and spinach. They arrive at the same time as thousands of weeds. It takes a discerning gardener to pick them apart.

The days run longer. Summer with heat, smoke and fire is on it’s way. But for now the mountains are ever present, jagged and comforting, the sky deep cobalt, waiting on stars, in the east.

Mallards on ice edge being hunted. A Raven (middle), dips his beak, unnoticed, waiting for leftovers.