Being a  maintenance man at a busy resort is pretty easy. Toilets that don’t flush, plunging, shovelling snow, cutting lawn, making sure the pools and hot tubs are clear. There really isn’t much to it. If it gets too complicated a professional is called in.

Today I was called to a unit because a child had locked the bathroom door and shut it.

This is a call we get regularly and one I respond to with haste, because the kid is usually on the other side of the locked door upset because they are separated from his or her parents.

So I dropped what I was doing and went straight away. When I got over to their unit, the child and two parents were safely on the outside of the locked door. The Dad said the child had locked the door and pulled it shut.

I looked at the youngster who was about three years old and could tell his Dad was throwing him under the bus. Parents are always a little embarrassed about having to call the maintenance man. The dad probably had locked the door and the young fellow had simply shut the door. I asked the youngster if he had been to the pool and complimented him on the bicycle helmet he was wearing.

I got out my small screwdriver and inserted it into the hole of the privacy lock. It was being stubborn and wouldn’t unlock. Mom, Dad and child were over my shoulder.

Dad said to his son, see how much work you caused.

I said, I may need a smaller screw driver.

I went outside to my tool bag. Was rummaging around and noticed the youngster had followed me out. As I knelt he stood close. I rooted around in my bag. I knew I didn’t have a smaller screw driver. He watched intently. I took the same screw driver I had and said, let’s go I think this one will do it.

He never said a word, but followed me back inside. He stood close while I worked away at the small hole that pops the lock open on the bathroom door. Damn, this should be an easier job! The parents were in the living room. The young fellow on my shoulder.

I talked to him the whole time. What’s your name, how old are you, just trying to make conversation with a child that had not yet learned to speak. He just kept looking at me with those big eyes.

And then he did something. He let loose an adult size fart. One I would have been proud of. I heard the adults in the living room stop talking. They most certainly thought it was me. The child and I looked at each other, but said nothing. We both should have said something, but didn’t, what was there to say.

Just then the bathroom door popped open. The young man had reached behind him and was clutching a handful of his shorts. I yelled to the parents the door was open. I didn’t tell them their child probably needed the bathroom.

The youngster and I gave each other one final look. A moment shared. If I see him in the pool I’m going to give him a wave.

Lisa is a wonderful mother. She is loving and a strong roll model for her children and grandchildren. Her love for them knows no bounds. I have been so lucky to have her as we brought up our children. Cooper and Scarlett already know the power of her love and affection.

I bought Lisa two beautiful hanging baskets to give her this morning. Since it wasn’t very cold I kept them outside in a spot she wouldn’t see them. When I fetched them this morning to give to her, all of the flowers had been eaten by the deer. Damn, I didn’t anticipate that. Next time I will have to hide them from the deer as well. Fortunately the baskets will survive and put out new flowers. We had a good laugh.

Lisa has had FaceTime calls from all of her children and grandchild. It has been nice, but she misses seeing them in person.

Lisa’s strength as a mother is her greatest gift. 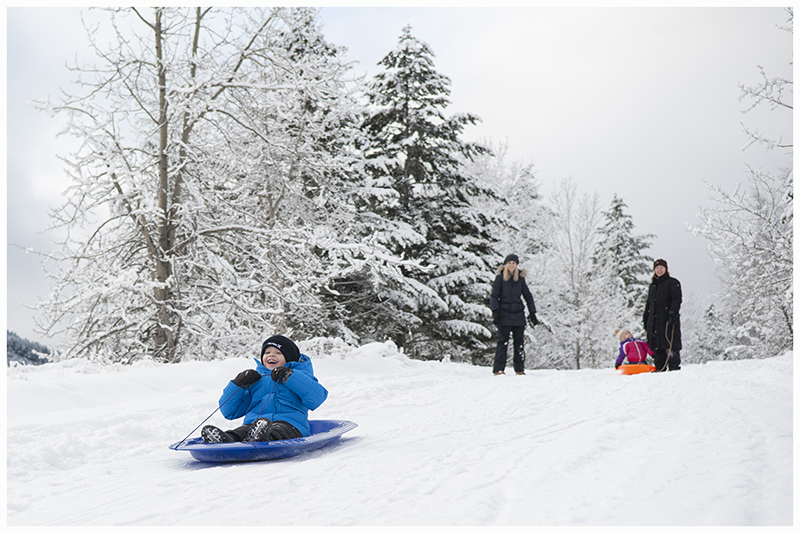 There has been plenty of work this holiday season and more to come, but it has been the family times that have made it worthwhile. 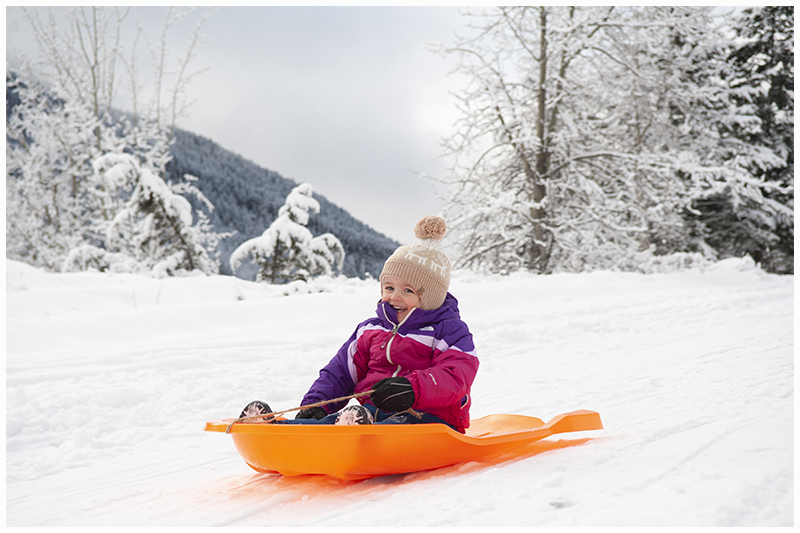 Scarlett winks as she rides by.

Plenty of fresh air and good food. More importantly most of our children have come to visit. We take what we can get when we can get it. We miss our children but are happy they are doing well. These times are a highlight. 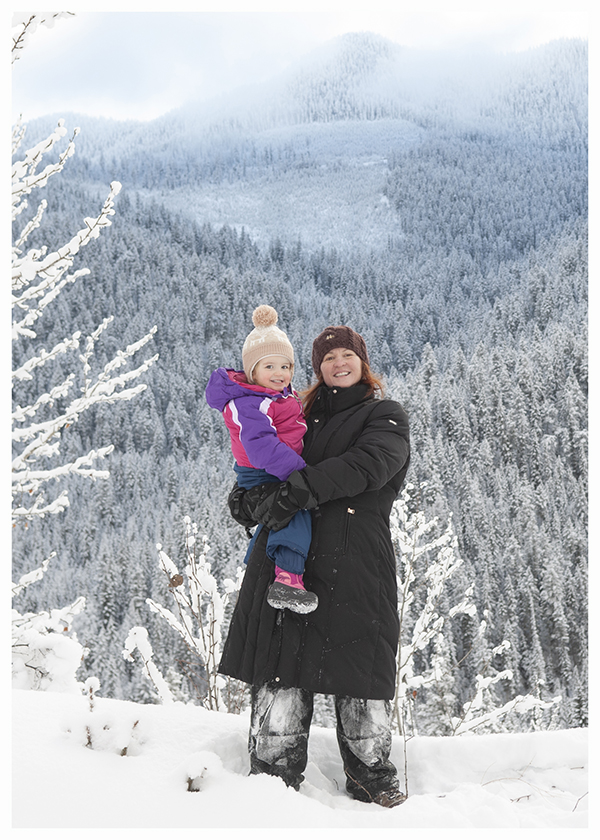 Loud and proud. Two peas in a pod.

Teaching the youngsters how to tackle a corner. 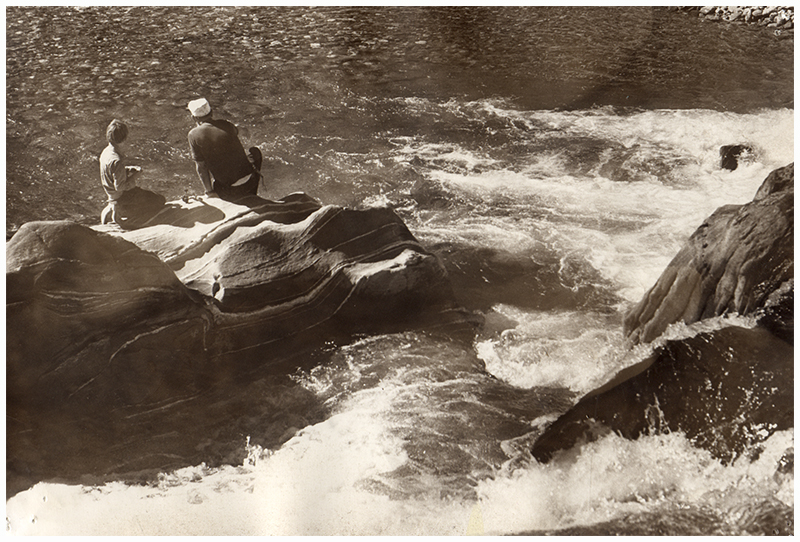 Bob and Ron at Cedar creek.

Took your great grandchildren Cooper and Scarlett ice fishing last weekend, down below the old house where we used to skate and set lines. You should see those two, they are so wonderful. Lisa and I checked over our shoulders more than a few times to see if you were at the window waving.

Still run into plenty of things you’d find interesting. The Siskins were alive in the bush this morning. Zzweet zzweet in every direction through the trees. A few even allowed me to see them. Mighty kind of them. 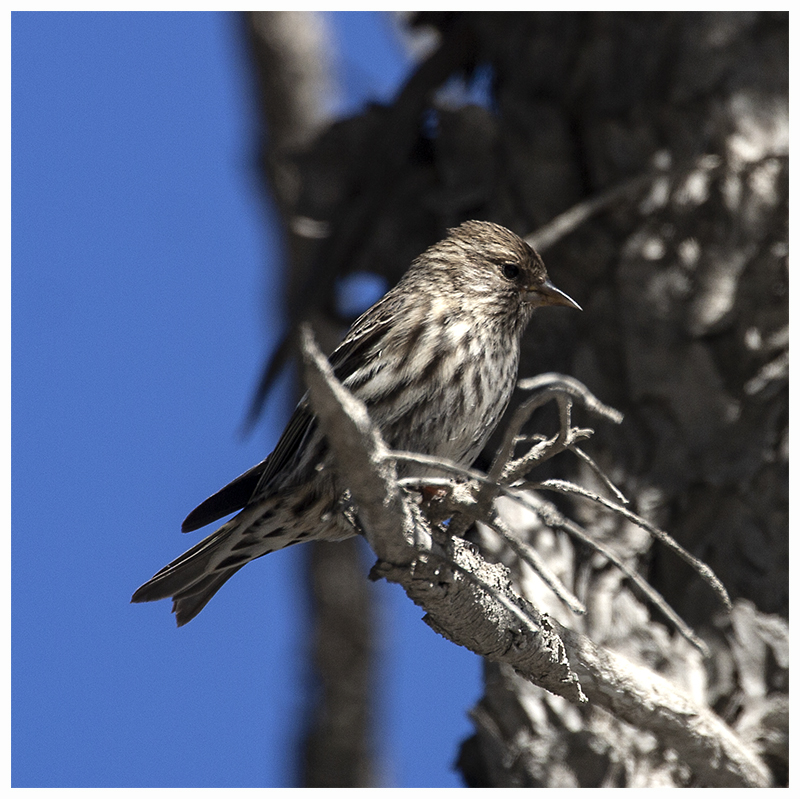 A Water Ouzle arrived along the creek, bobbing up and down, driving Willow nuts. It was along the trail we walked often. Where you would point out cougar tracks and small orchids. Where an owl flew over us when I was small. There was something about that owl. It had power. The way it stopped moving it’s wings and sailed into the thick, silent, disappearing behind spruce and moose moss.

A lot of things have changed in the valley since you left. Some for the better some naught. Still it’s easy to find those old trails. Not sure I ever told you this, I know you know, still, I appreciate you showing me all those places and animals so long ago. It’s always kept my boat pointed in the right direction.

Dave, Jake and I thought it was about time we let the dogs get to know each other. Jake and Dave’s dog, Chewy, a purebred poodle is six months old, only a puppy. She is an intelligent specimen of the breed, with expressive eyes and smile if you can see through all the fur.

Willow wasn’t sure what to make of all the excitement. Jake and Chewy ran rampant. Taking turns knocking each other into the snowbank. Willow tried not to get trampled and had to give a snarl and nip on occasion.

Jake sharpens the end of a stick. Regardless of age one must have something to run with.

Dave and I talked about people who have died recently. There has been quite a few. Local people. Winter can be hard on life. We are men after all, that’s why we talk, trying to be serious, knowing someday we will be the ones talked about.

We all agreed, men, boy or dog, it’s hard to be serious when January feels like spring.