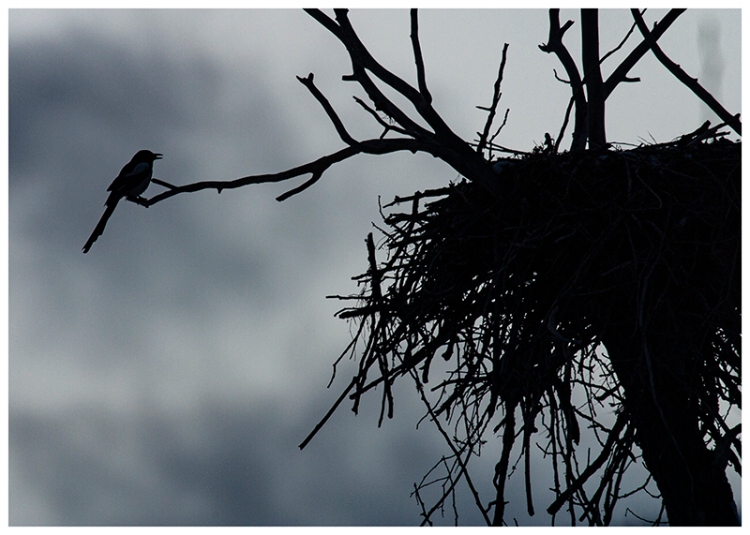 Not a lot of snow but enough to shovel each day. We went looking for eagles after work in the last of the light. There was only a lone Magpie picking at the remains left over from the Eagles. How I enjoyed watching these animals when I was a youngster. Their flash and gregarious call. Flying from branch to branch above the nest. Under the nest were half eaten fish, small bones, and pieces of birds; ducks by the looks of it. It must be good to be an Eagle. Willow took advantage, rolling on anything that smelled, mostly fish, but carried a ducks wingspan for a length, before I scolded, and demanded she dropped it. She gets sick on feathers. Those Eagles like to spread the love, discounting fish, rodents and any bird smaller than them, of course. 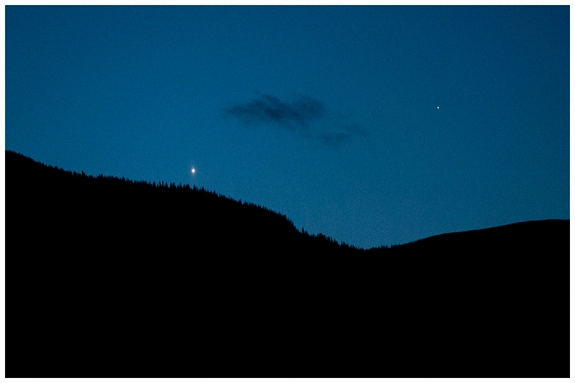 Venus and Saturn sat above the mountain at dusk. Venus is unmistakeable in evening or dawn either east or west. It’s hard not to be roused by it’s sight, hanging above the ridges against a not yet dark sky.

Lisa gave Willow a bath when we arrived home.

4 thoughts on “looking for eagles”