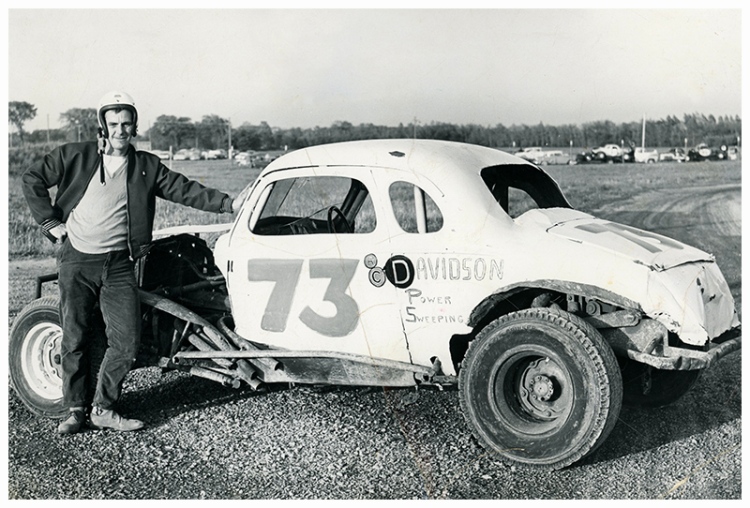 Bob with his racing car. RC Davidson Power Sweeping painted on the side.

Our family received word today our Uncle Bob passed away at the age of 90 in Hamilton, Ontario.

I only met him a few times but he sure made an impression on me.

Our Mother Isabelle talked about her younger brother often with pride and love. They were poor growing up and life wasn’t easy. They more than likely depended on each other. She said, Bobby always looked after people. 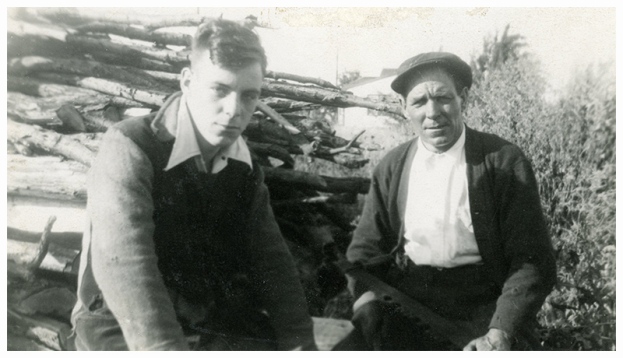 Bob and his father, Jim Davidson at their wood lot.

When my Mother accidentally got pregnant and had a baby at the age of 40, eight years after her last child, she named the boy Robert Cromar after her beloved brother. That boy was me. I often asked her, during my school days, what kind of a name is Cromar? She said it was Scottish and carry it with pride.

I was about 10 years old the first time I met Uncle Bob. He, his wife Muriel and children drove out to visit us. His car had something none of us had ever seen before, an 8 track deck that allowed you to listen to music while driving. I was blown away! We were all amazed.

During the same visit we were walking around our small town browsing. He caught me looking at a small transistor radio. He asked if I liked it. I said I did and immediately felt embarrassed, because I didn’t want him to think I was asking for it. We continued browsing on our own and when we got out of the store he presented me with the radio that he bought when I was looking elsewhere. That radio served me well for many years, during a time when I was just discovering music. After 11 pm I could pick up all the FM stations out of Vancouver, Seattle and sometimes, as far away as San Fransisco.

At Christmas Uncle Bob and Aunt Muriel would send a big box filled with all kinds of goodies and presents for all of us. Back then and even now, it hurts me to call us poor. We always had food on the table, wild meat and fish from the bush and vegetables grown in the garden. Those presents we received were wonderful. 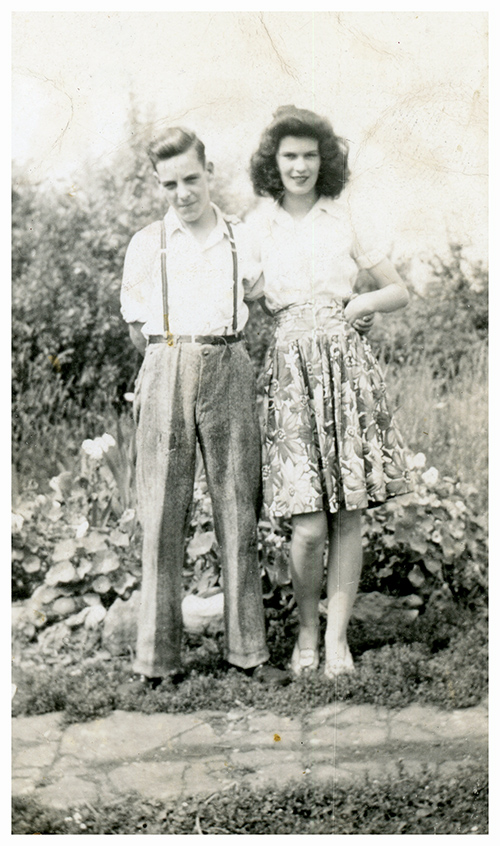 The last time I saw Uncle Bob and Aunt Muriel was when our mother was dying. They drove from Hamilton with their trailer. When they arrived I told my Mom her brother Bob was here to see her. She said, I can’t have him see me like this. I was stuck, I didn’t know what to do. Then Bob came through the door, forgoing the invitation and they reunited. I can still hear their voices. My Mother saying, Bobby. Bob saying, Isabelle. Like they were poor youngsters, again, protecting each other.

They talked and talked, laughed and then my mother slipped into a deep sleep. She awoke once and awhile and then never again.

Isabelle always said Bobby looked after the people around him.

Lisa and I send our deepest condolences to Uncle Bob’s family. 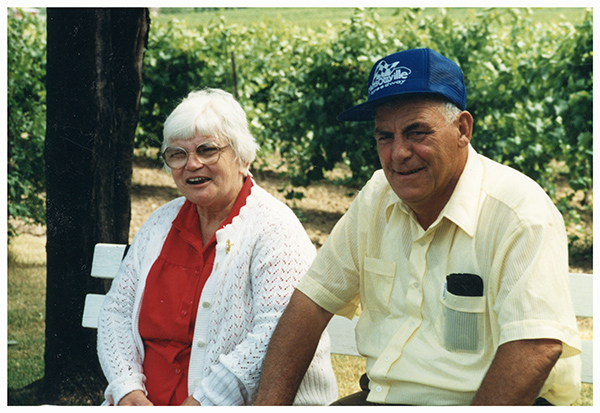