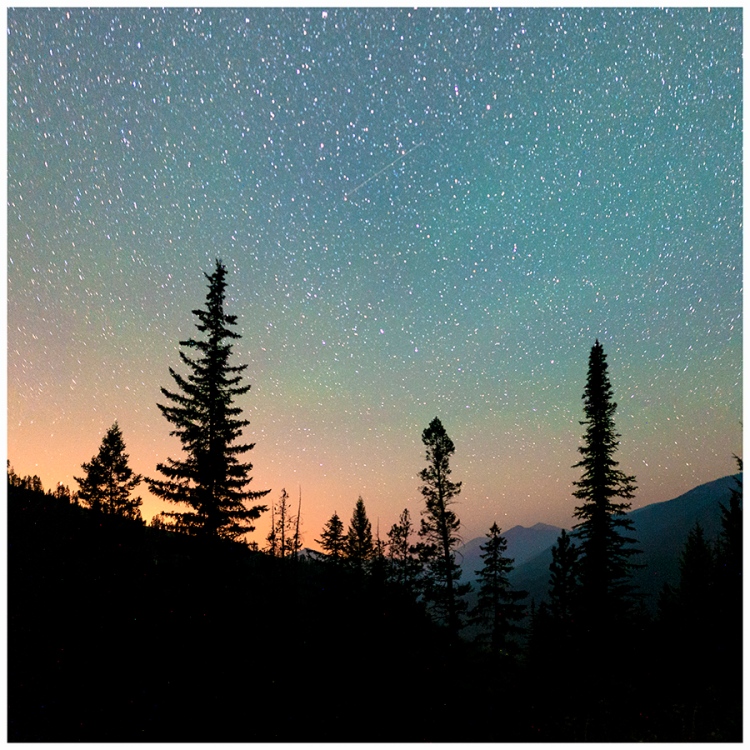 Green skyglow above the smoke.

It’s green that gives me the most problems. It all looks the same to me. It’s shapes that I look for. Shapes that don’t fit the landscape. That’s the way I was taught to hunt. Looking for curve of antler or back bone sideways instead of up and down. Green gets in the way.

It’s said we see green better than other colours, because from an evolutionary standpoint humans eat plants having to recognize the difference between the edible and the ones that were poison. Our enemies stand out in green. The snake and saber tooth tiger are clocked in a second across the green landscape.

I’m looking forward to fall. When the green turns. It’s already underway. To winter. Long underwear, white and grey, wood on the fire and cooking inside.

The smoke is bad. I think of my father, during these times, not being able to breath because of emphysema. The mountains obscured. The sun orange all day, disappearing before it goes below the horizon. The moon, waxing gibbous, never appeared. The good neighbours lights fogged over.

Even the great power denial can’t clear the skies.