A spritz of rain all day long, never cold enough to turn to snow. Maybe overnight.

The woodpile is stocked but badly piled. Never two pieces sawed the same length. Or chopped the same width. Ununiform, a crooked fence line, lots of space between blocks. Pine mixed with fir, tamarack, birch, depending on winter temperatures. It’s good to have options.

Headed high into the bush, behind the old mountain, that still holds mystery to this old fool.

Tested the spring, cut cedar boughs. The dog chased sticks and brought them back. It’s good to be god.

It’s dark early. The cold is coming. Winter. The meat can stay outside, hanging in the shed overhead or stashed, frozen underground. Prepared, even down a quart, hiding behind a crooked windbreak, it’s the best time to be alive. 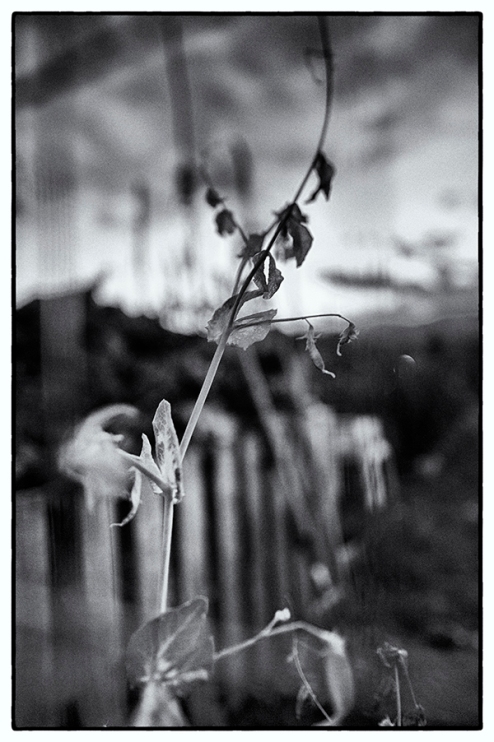 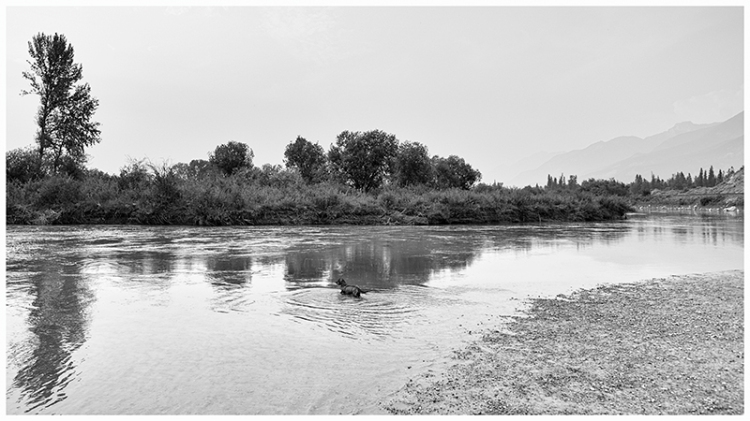 Only the weekend remains before Canada votes in the Federal Election.

It’s been a divided campaign, which I suppose is a sign of the times. It all gets boiled down to our differences, instead of what holds us together as a nation. Most of us, regardless of race, where we live, sexual orientation, or political leanings want the same things.

Somewhere we have gone from respecting others opinions to considering others thoughts as an attack on our person, if they differ from our own. Of course, we will always have nuts out there, lately however, it seems we are all turning into them.

This morning, while waiting to walk into work, I looked up an online eyeglass store on my phone (I’m due for a new pair). Tonight, I checked the photo sharing Instagram app and there was several ads for online eyeglass stores. Damn! Somebody’s been reading my mail, I thought!

The same thing is happening with political leanings. We are fed what we already endorse. If you lean to the left, CBC will appeal to you and seek you out. If you sway to the right, Post Media will do the same. News stories will further their chosen political parties mantra. Facebook does this in spades.

Both sides will call the other sources, ‘fake news’. It seems the news agencies have fallen for the same trap as the rest of us on social media (read everybody), instead of ‘truth’ they are more concerned about ‘likes’. While Facebook and Google’s job is to keep us satiated with what is familiar, political and otherwise, and of course, provide a platform to sell us stuff, like my eyeglasses.

It’s all harmless enough, until we start considering our way is the right way and looking at our neighbours as the enemy. One could argue it’s the new religion. History has shown what happens when people get fervent over religion.

Come Monday, I’m unsure where my vote will land. I hope there is a good turnout. I hope the prevailing party considers all Canadians, not just the ones that voted for them. More importantly, I hope citizens, win or lose, look at the endurance we share together. No political party is going to set it right for us, it’s up to us to do it ourselves everyday.

Hope is something you have if you love. It can’t be any other way. The world is vast, changing all the time, the end of the world comes suddenly and everyday for so many, as it will for all of us.

That’s the end we’re supposed to be afraid of. It’s the gift that makes the fear disappear. 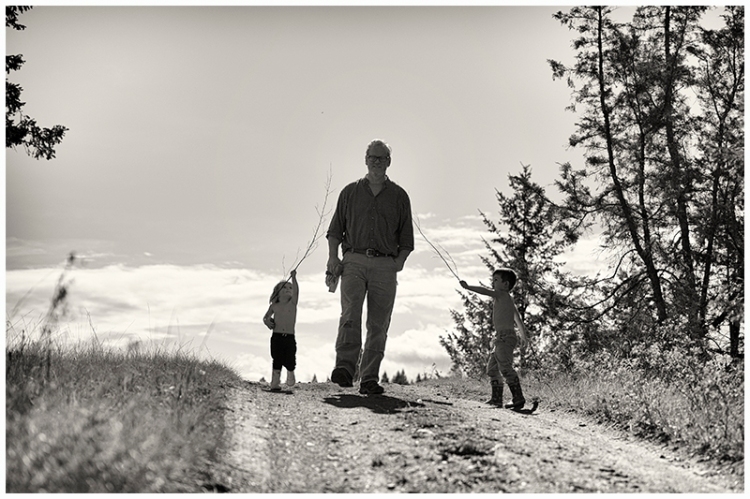 As good as it gets.

You don’t get many days fishing in September. To waste them is a sin.

The magic in dragonflies at water’s edge, or a daytime moon guaranteeing the fish will bite.

Dressing the catch for supper.

after he was told

My fence even half not up

It’s good not to be a connoisseur of anything. It allows us to drink bad beer and wine, eat all the the extra parts of the animal, enjoy Jughead and Crumb, figure a fine is sometimes worth it, tell bad jokes, unpolitically correct or just in bad taste, share stories about birds,  flying, laughing. . . those superior bastards.

Plus what would we do without sub standard music? Shite, we would all be listening to Brahms and Taylor Swift.

My boss likes to say, we ain’t building a piano. He doesn’t say it to me. He knows I haven’t seen a piano since keyboards. But for the other guys. . . those old fucks.

Storm clouds with nothing in them, neither rain or wind. Most go west to east and jump the mountains. It’s the northerners you have to worry about. They care little for geography, and will flatten a garden in a minute.

Lisa and Scarlett. Two peas in a pod, believe me, those smiles mean trouble.

A wonderful few days with our grandkids, Cooper and Scarlett, while their parents slipped away for a mini holiday to the Okanagan.

Lisa and I decided the best plan of action, since they haven’t been away from Mom and Dad overnight, was to keep them busy. Each morning found us up the creek behind the mountain. Cooper and Scarlett did plenty of walking. Cooper worked hard on his rock and hill climbing. Scarlett learned to call Willow to keep her close. We walked through trees and bush, noting the colour in the leaves, the rabbits ducking into the undergrowth and the wild chickens (grouse) that seem plentiful this year.

By lunch and supper Cooper and Scarlett were hungry. By bedtime they were tired and didn’t put up a fuss for Mom and Dad or wanting to stay up late. They slept through the night. In the morning we were off to it again.

Cooper with supper and his pretend smile.

Cooper did seem to get a little tired of my boiled carrots and spuds at every meal – hey you eat what is ready in the garden. On their last night here I made a big spaghetti dinner. Mom and Dad were back and everyone enjoyed it. Of course the sauce had plenty of carrots.

Lisa and I are lucky. . . and I’m not talking about being able to grow carrots.

Light rain tonight. It feels good, cool and fresh. Today the clouds were as high as they’ve been for awhile. The mountains showed up and lo and behold had a coat of snow. 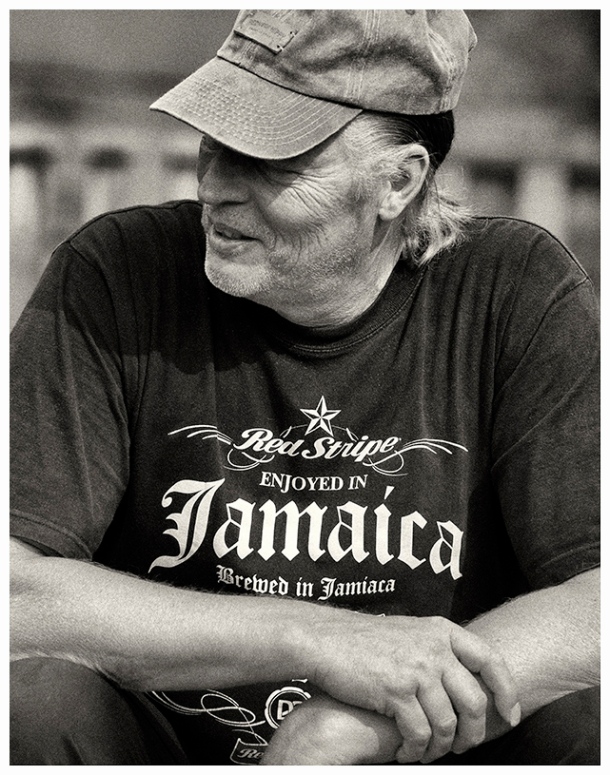 The turn is underway from summer to fall.  The moon grows, still red, sitting close to mars. It’s been a bloodbath up there this season.

It’s hard to figure what effects us more, the news or stars above. I’ve been taught not to believe what I hear. Would those red stars inspire me in a different day? Does the good news quiet our basest instincts, make us insignificant to each other and the environment?

The mornings are cool finally. That I know and can report with confidence.

The ice on the lake is hanging on. It will take either wind or rain to get rid of it. The ice wasn’t as thick this year as the year before. It snowed on the weekend and I was glad to see it. I like winter. There is something about fresh snow and spring clouds.

Spring is coming. I’ve always liked late snows.The birds are making lots of noise. The rhubarb is breaking through the ground. Soon the garlic and last year’s lettuce seeds will be showing. I should dig the garden early this year. Get the spuds, carrots, beets and peas in early. As usual, I started a few tomatoes and weed plants inside. Black Cherry and Early Girl for the tomatoes and a Sativa for weed. They will be ready to transplant by the end of May.

The backroads are mud, ice and snow; in that order. I have been keeping to the valley bottom for Willow’s walks.

A few winters ago I spotted what looked like a treehouse from a distant hillside perch. It is a spot I only walk in the winter. In spring, fall and summer it would be well hidden with foliage. I have always intended to check it out, but deep snow always deterred me.

On the weekend I found myself again looking at it across a mile wide coolie. Still hard to see, it kept starring back. Since there was little snow I thought I would finally check it out.

It was a bit of a scramble, through thicket and deadfall, the route I choose, but other than carefully crossing a small patch of thin ice over moving water, it was a nice walk. The treehouse had been there awhile and had been abandoned for just about as long. There was no way into it, not for me anyway. The ladder was long gone. There was a thin rope hanging. Too old and thin for me. I stayed looking up, where I belong

It wasn’t the work of kids. It had two sunning decks, a locking door and three framed windows facing east. Not a bad set up. My guess it was built by young adults for a place to squat during summer while working trades, though the trade wouldn’t have been carpentry.

Packrats had shredded a bed or mattress and stuffing lay below the fort. Willow enjoyed going through it. She loves chasing rats when given the opportunity. 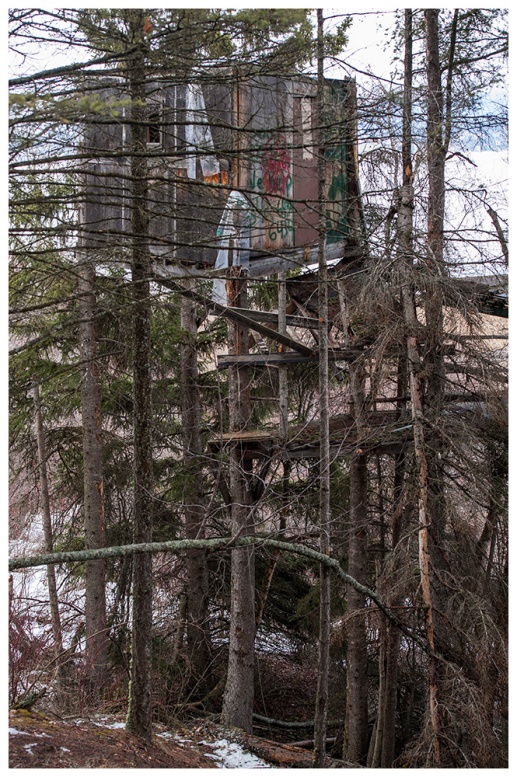 A roll of poly lay covered in forest debris. Old beer cans scattered. Those beers must have tasted good on a summer day watching the sun leave the eastern mountain tops from such a vantage point. Most of the trees used for support were dead or dying. The firs would survive. They will be stunted but standing long after the fort disappears entirely.

It was a steep haul back to the trail that the here and there snow made double difficult. Should be a quick melt from here on in.